Log in to your NBOS account to upload files
Rating Submitted
Rating submission failed - please try again. If the problem continues, the feature may be broken.
All Categories > Fractal Mapper > Maps > Fantasy > Overland
Jörðgarð Maps No. 480 - þingúl's Escape No.6 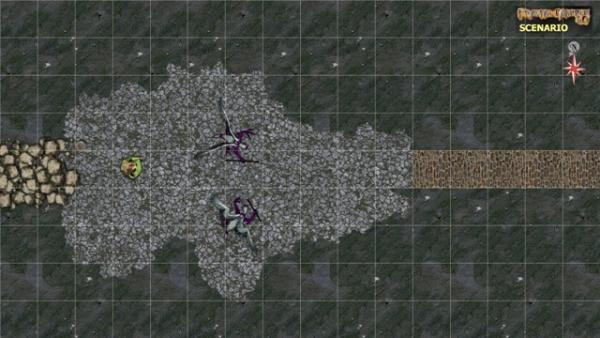 Date Added:
02/13/2022
Downloads:
174
Description:
Joerdhgardh Map No. 480 is from the recently released Joerdhgardh Trails adventure A Tale of 2 Books. The PCs' journey through the vampire-ruled North Kingdom nears its end as the PCs explore the dungeon of Darkhall, the castle of the former dark draug (undead) Thingul. The PCs have reached the end of the dungeon and have been searching Thingul's escape route. The sixth encounter area is a cave at the end of the escape route. Here, the vampire Duchess Hedvika and her two remaining deep devils are trapped and forced to face the PCs. The cave opening behind them has collapsed. One could remove the stone rubble that blocks the cave opening, but Hedvika and her minions have no time left to do that.

Both versions are released for personal and commercial use under the Open Game License Version 1.0a, which you can read on the Joerdhgardh website at: